Those of you who’ve listened to Episode 11 of my podcast, The Law of Raspberry Jam, have heard me talk about temporal dynamics (check out the episode here if you haven’t already).

In this post, I’ll elaborate on what temporal dynamics is, why it matters, and how you can help a group that has gotten themselves stuck in a cycle of temporal oscillation (no matter what your job role is).

What is temporal dynamics?

Back at Spotify, I was a part of a coaching team. We were six coaches spread out across a Tribe (also known as an engineering department), and every week we’d come together to share knowledge, split up work, and solve systemic problems together.

I remember clearly how we would often get stuck when discussing systemic patterns at play in our Tribe. When we got stuck, we would all repeat our points, paraphrase, and use metaphors and analogies. We all seemed to have very different communication styles. But one day it clicked for me.

I started noticing that, when we, or people in general, solve complex problems, we tend to be rooted in different temporal states. You see, several members in the team were describing how things had come to be, some were discussing how things were now, and some were talking about how we might move forward.

As a team, we were oscillating between different temporal states: the past, the present, and the future. We were jumping between the Why, the What, and the Where To.

All of these temporal states are valuable and useful to explore as a group. Where it gets tricky and counterproductive is when the entire team occupies all three states at the same time. After this realization, I started to pay attention to temporal dynamics in the teams I coached. I noticed that they too suffered from temporal oscillation.

I like to think of these three temporal states through three archetypes: the Historians, the Observers, and the Strategizers.

First up we have the Historians. These people like to explore why things happened, the Why. They want to know all the events that led to the current state. How did we get here? What other paths did we consider along the way? Their mantra is “We’re bound to repeat the same mistakes if we don’t understand the thinking that got us here.” 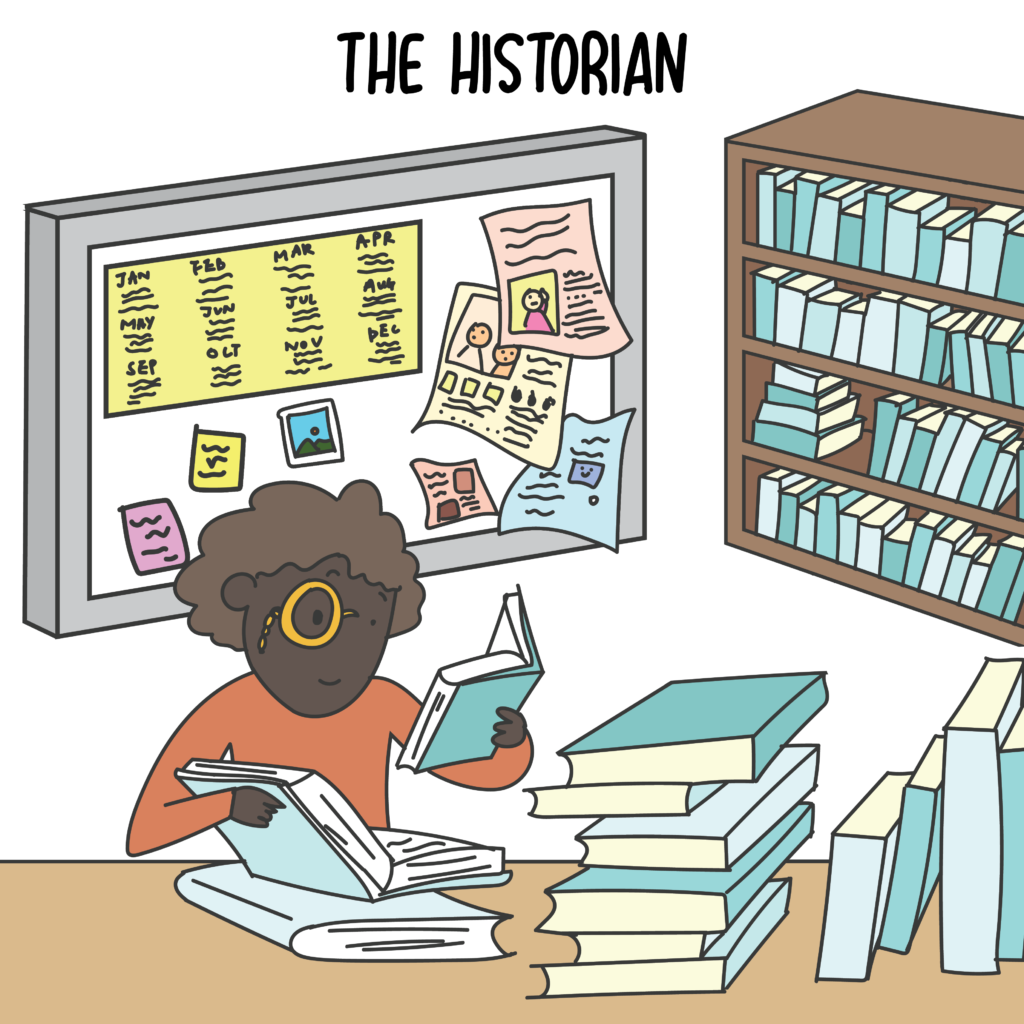 We also have the Observers. These are people who like to have intricate knowledge of what’s happening now–the What. How are patterns unfolding in the present? What’s happening and how are things connected? Their mantra is “Let’s not dwell in the past too much. That’s gone, and all we have is right now. If we don’t understand how things are now, how can we even try to improve them?” 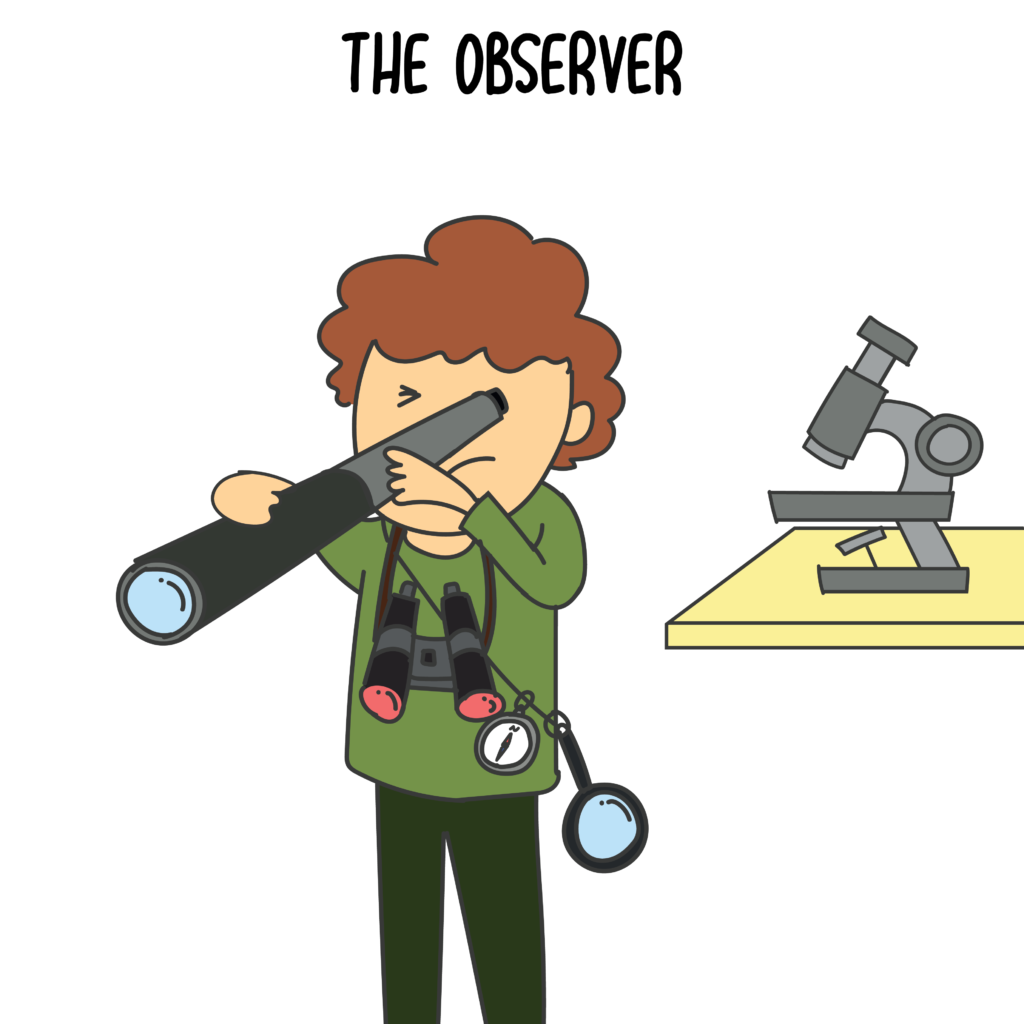 Finally, we have the Strategizers. Strategizers care about looking ahead, the Where To. They dislike the thought of exploring the past and the present (at least in-depth) and would like to instead focus on considering the different possible ways forward. Historians and Observers are seen as slowpokes, reactionaries, or too problem focused in the eyes of the Strategizer. 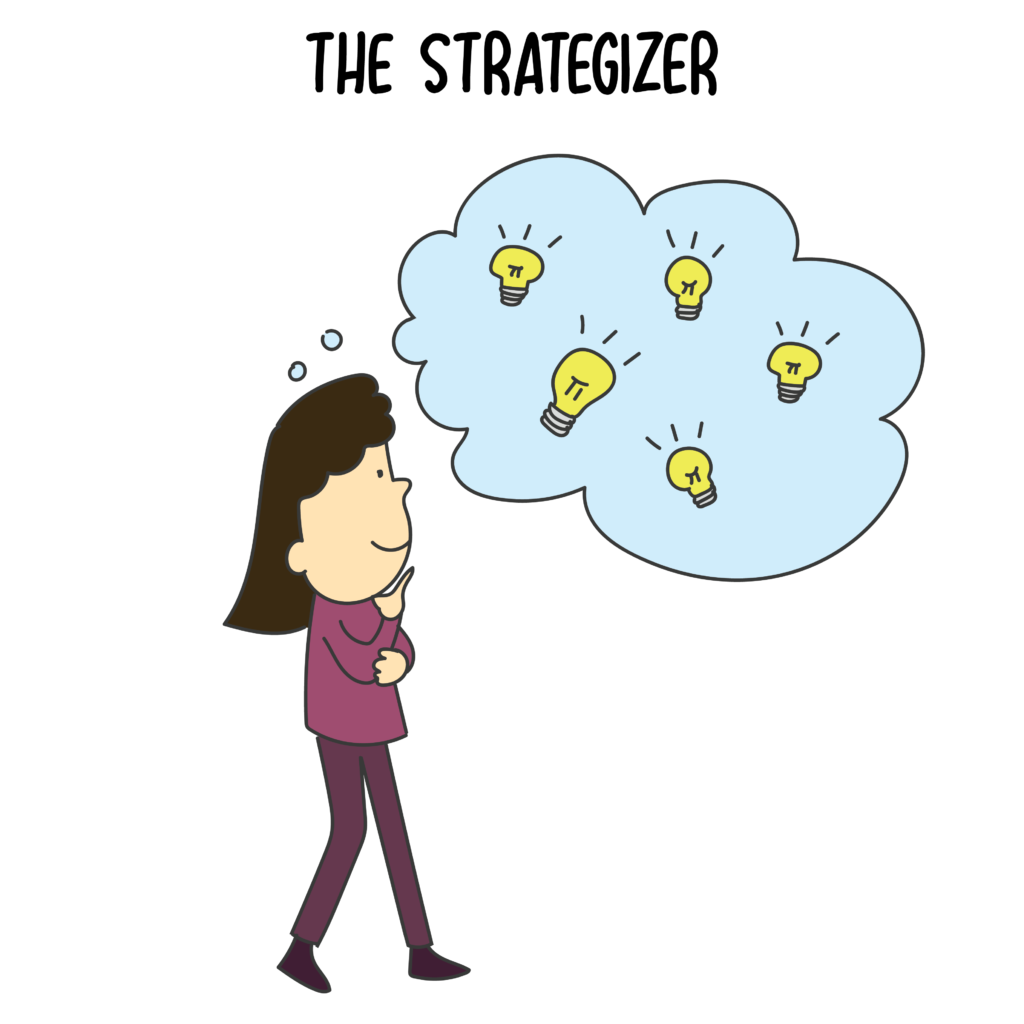 All states are important and in reality, people are not in just one state.

Before we go any further, I’d like to point out something important. Above, I explain three different archetypes, and I state that some people look back to the Why, some at the What, and some forward to the Where To. In reality, it’s not completely static—people do all three. But people do tend to have one or two preferred states.

What’s important is to be aware that all three states exist both within ourselves and within groups. It’s also important to acknowledge that all three are equally important. If we can recognize and navigate these steps together, we’ll be more effective as individual contributors and as teams.

An example of how temporal dynamics might play out:

One management team I was part of had discovered that the Technical Product Owners in the organization were not aware of their users’ needs and, as a result, developed features that were in low demand. We sat in our weekly meeting discussing what to do and it sounded a bit like this:

Lisa: I’ve noticed that our Technical Product Owners are not engaging their users and stakeholders. They’re spending all their time with their team and are themselves coding and debugging. We’re lacking important context when making decisions and any feedback we get on our features arrive after we’ve spent a considerable amount of time developing them.
Anna: That’s not good. We need to get them closer to each other in some way. Perhaps we can arrange a social event. Or read a book, or give our product owners feedback.
Jose: I think we need to understand how we got here first. One year ago we didn’t even have Technical Product Owners. We then found the team members who had the most influence and who’d been here the longest that also showed some interest in product ownership.
Anna: How we got here doesn’t really matter. We need to talk to our Product Owners and give them feedback about this.
Lisa: Some of the Product Owners are doing more of this, but they’re all describing their role more as that of someone who is technically senior and who helps the team make sound technical decisions. They do help the team make better technical decisions.
Jose: That’s because we explicitly told them that a part of the role is to ensure architectural stability, scalability, resilience etc.
Anna: I guess we could readjust the expectations.
Jose: We did that in the past. But when we did that we didn’t know what we know today. We also said we’d do a retrospective on the new role. However, things got in the way so we never got around to it.

This pattern kept repeating itself—we weren’t getting anywhere. Everyone was trying to move the conversation to their preferred temporal state. Perhaps you recognize this in your own teams. So how can you fix it?

If you think your team might be stuck in a temporal gridlock and you want to explore that, you can use the following self-assessment. Draw the different states on the whiteboard and explain each one followed by having all team members self-evaluate what temporal state they think they most often bring the discussion to. Here’s what it looked like for the team mentioned above (there were some additional members not mentioned in the story above): 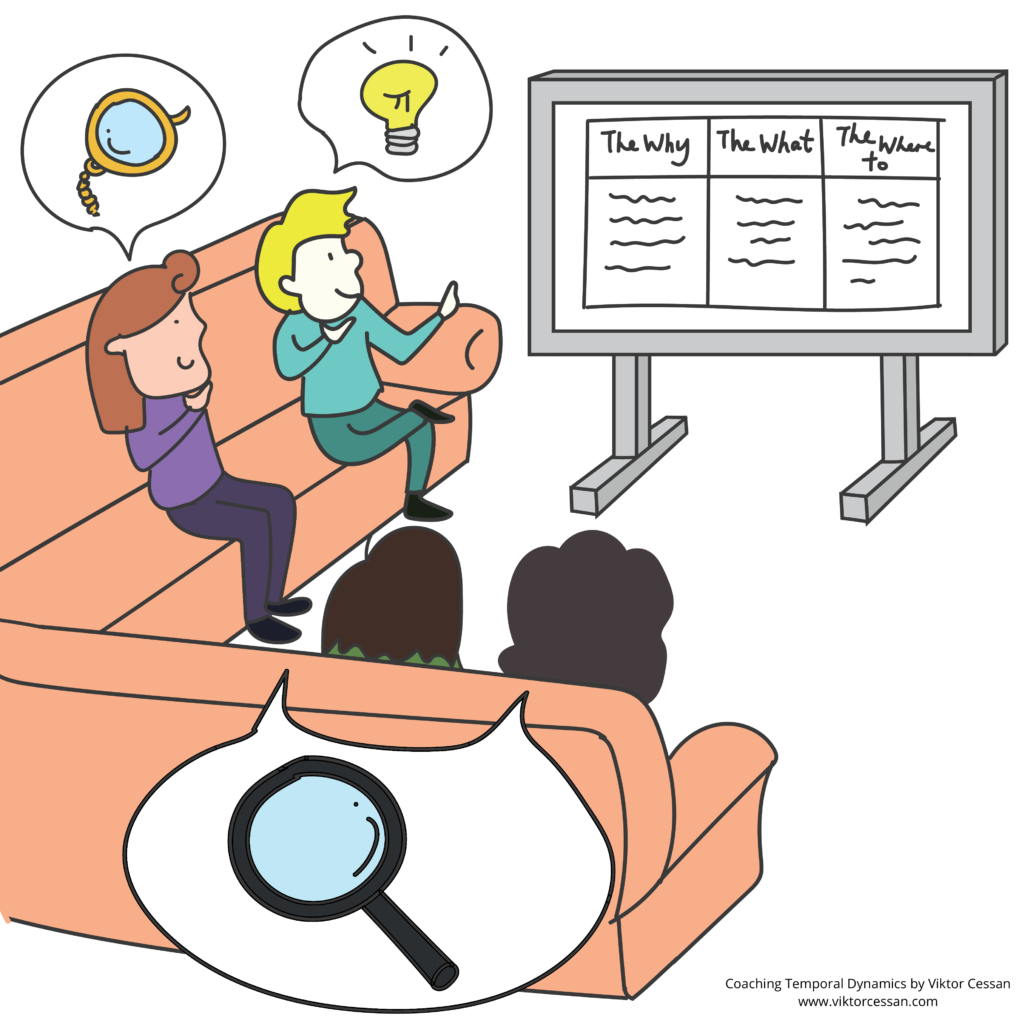 After team members mark their preference, ask them to reflect and generate some insights. In the case of the example I mentioned, our team noticed that as a whole they had easier access to how things had come to be the way they were. They also noticed that Anna was the only team member in the Where To state. They then asked Anna whether or not it was exhausting for her to be the only one thinking of solutions.

Seeing your team profile this way also enables you to start to discuss your perceptions of each other. Did Anna perceive the team as backward-looking and the rest see her as some who eagerly jumped to a conclusion without knowing the entire past? Before this exercise, there was no safe way of exploring just that.

Exercise: Observe your team and present your findings

You can also run the following exercise to explore the temporal dynamics present in your time. Simply observe your team and then present your findings to them.

One typical outcome is that teams define a process for how they want to navigate temporal states. Sometimes they timebox each state going from the past to the present to the future. Sometimes they skip certain steps altogether, it may be that the team is unaware of the now and need to spend an entire meeting just on that. Just imagine—everyone focused on the same step without jumping to solution or explanation mode.

One thing to note: I don’t use temporal observations as an ongoing activity. Instead, I use it when I notice that teams are getting stuck on these issues. Sometimes the reason to why they get stuck has nothing to do with temporal preferences, but many times it does.

Ultimately, all three temporal states are important. It's as important to understand the events that led to the current patterns as is it to understand how things are now, as it is devising a strategy.

When you as a team can navigate different states together, it's easier to transition to looking at what you can do about it.

If you notice that a team seems to be stuck discussing the same topic over and over, where one person may seem to be explaining or even defending, it could be worth looking into the temporal dynamics at play.

If you try this out, let me know in the comments below or tweet to me at @viktorcessan. I’d love to hear how it went.