A while back, I coached two management teams that were exploring their contexts.

The first management team looked at their organizational setup from the point of view of Team Topologies. The other management team was mapping their departments stakeholders, their needs, and how they best ought to collaborate with them.

As both teams made progress in visualizing their context, their visualizations got messier and messier to the point that they became overwhelming.

“I think I’m doing something wrong, because it can’t be supposed to look this way” was one comment. 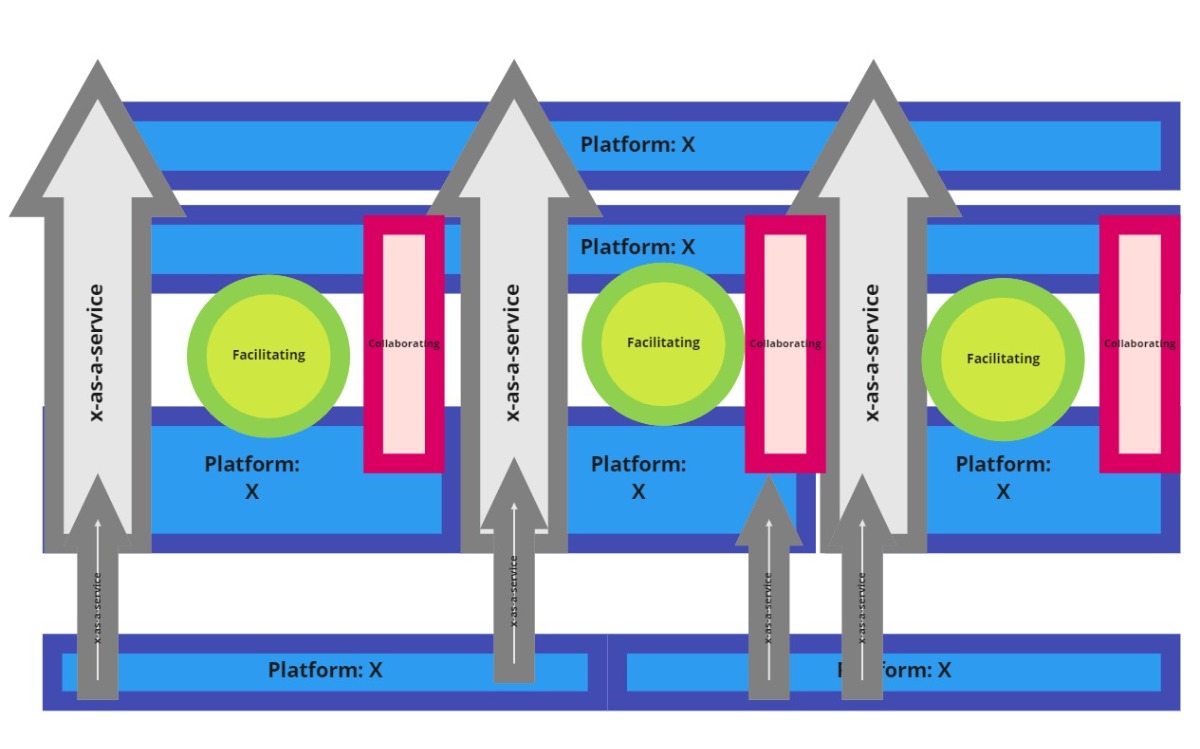 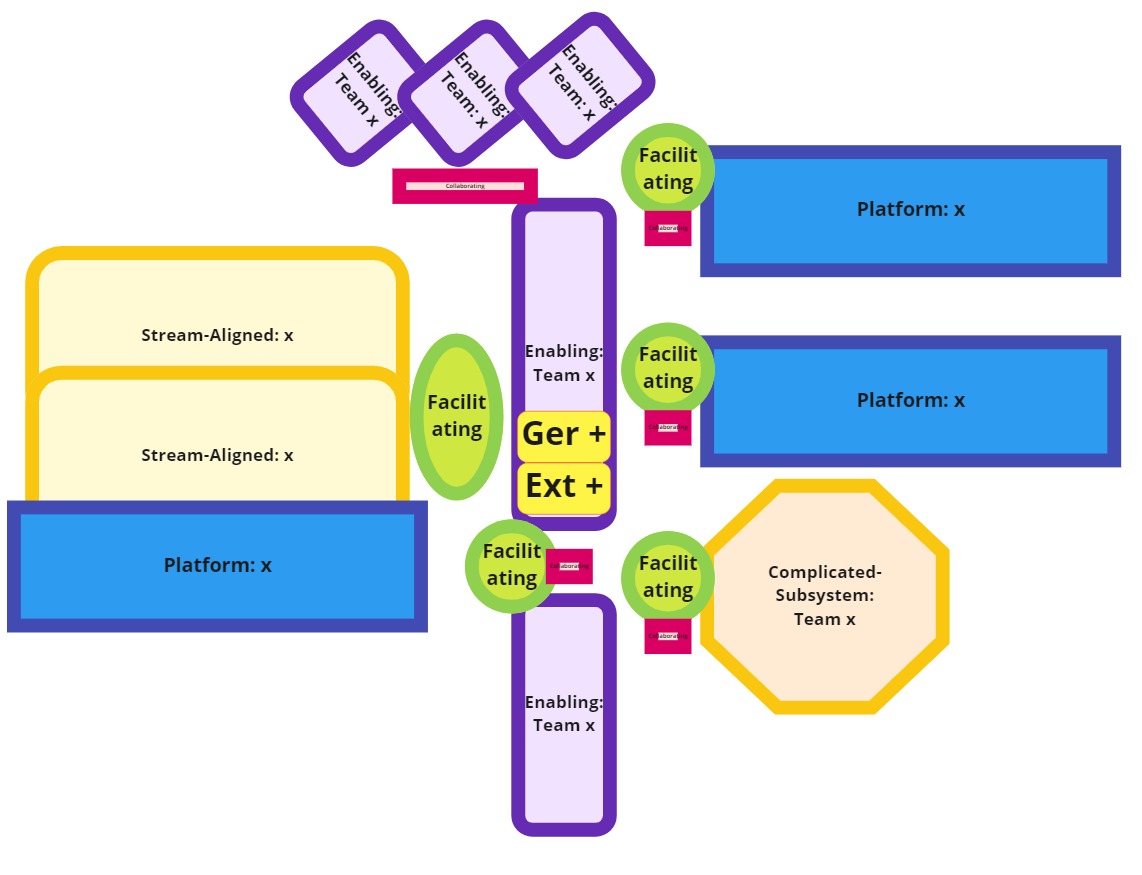 Messy Team Topologies (when compared to the book).

Whether you’re a coach, manager, or facilitator you might feel the urge to take action when this happens. You might want to intervene and attempt to make their visualizations more clear for them, to simplify it, or just to “correct” them. But before you intervene, you need to understand the nature of the mess.

A mess may be a messy because a:

These differences are meaningful and depending on the mess, you’ll need to intervene differently.

When a team is unfamiliar with a technique, they first need practice. If the mess is because of unfamiliarity, consider working with the constraints of the exercise. You may want to losen them, change the exercise frame to a more narrow part of the problem, or to constrain something else. In this situation, consider how you might intervene with your own exercise constraints to enable learning.

When a mess stems from a technique not being appropriate, you need to modify the technique, or replace it. A simple example of this would be a team trying to create a roadmap using gantt charts to do so. They might quickly find themselves in a noisy mess with lots of irrelevant details that do not help them look at the big picture over the next 3-12 months.

When this happens, lean in and listen more intently to where the team is getting stuck. Revisit the original intent, ask yourself if the technique in practice is suitable. Or invite the team to co-create a new technique, or do a short mini-retro (5 minutes) exploring what’s good about the technique and where it blocks them. Then end the meeting and go do some research on your own to find a more suitable technique.

When the reality is messy, the intervention should be about helping the group process what they’re seeing, and facilitating integrity of the mess. It is tempting to want to simplify, but so much valuable information disappears and at an early stage it’s important to allow people too see and understand the full picture.

Helping a group process can be about zooming in (what details stick out to you), or zooming out (what’s the bigger picture of what we’re seeing). It can also be about just relating to the information (What parts resonate with you, which parts are more messy and what is messy about them?). You might also ask how people feel about having a messy picture (How do you feel about managing in a reality this messy?).

Protecting the integrity might be about dividing the picture into smaller frames and going through them one by one. You might also want to exemplify a mess through micronarratives. People often remember real life stories, so putting real life stories on top of a messy picture might make it easier to process. Another option could be to ask people to look for real life proof and counter proof of the mess you’ve just visualized, and then meet back a week or two later. This allows some spacing for the brain and the teams can let things fall into place over time and not just in a short workshop. 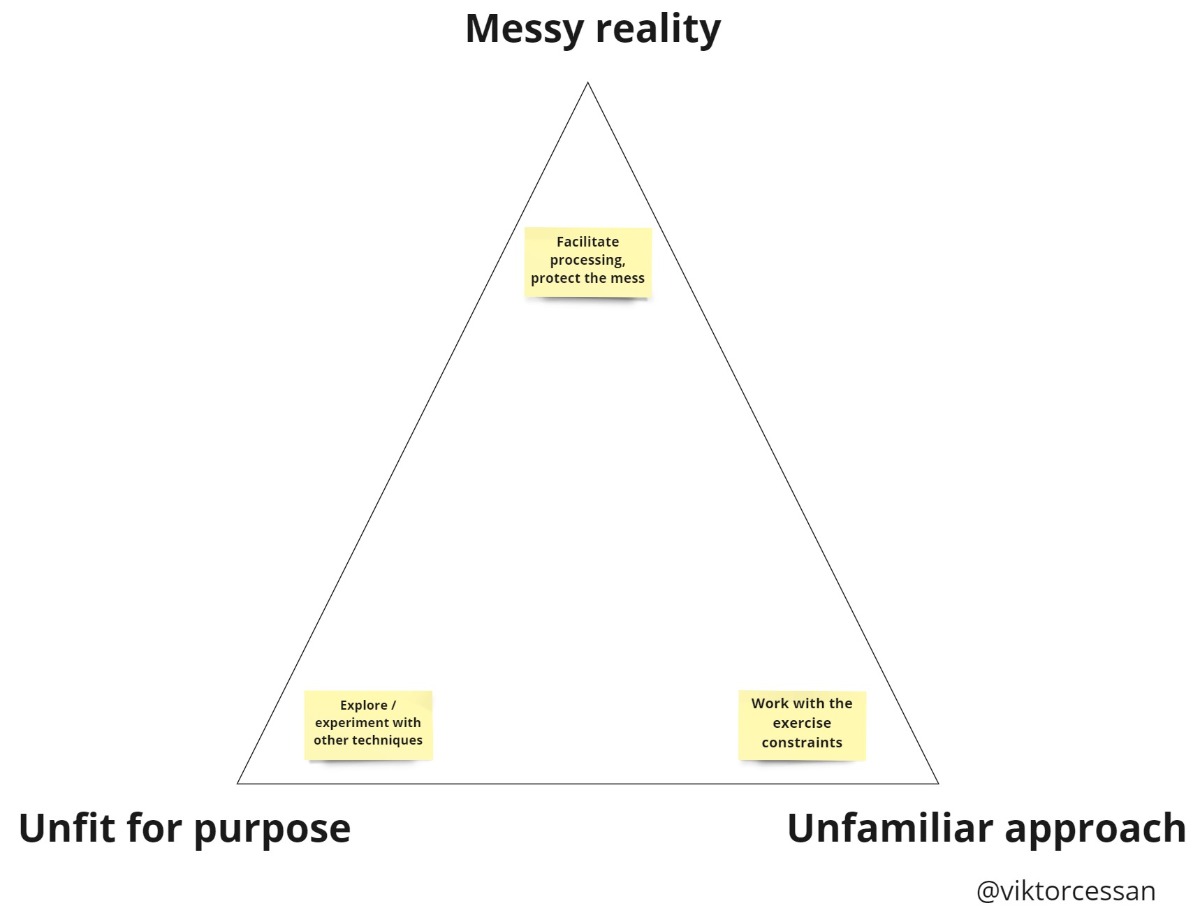 So the next time you see a messy picture of reality consider the nature of the mess before you intervene. Ask yourself what you’re seeing, or better yet, ask the team what they think. I did, with one of the teams, and they said that this was a messy reality. This shifted the entire conversation from critiquing the technique to instead reflecting on their leadership, and the reality.

Let me know what you think, and how you deal with messy realities. I’d love to hear from you.