When Charles Darwin studied the animals on the Galapagos islands, he found that finches had adapted to their circumstances and developed distinct traits. Some Finches had evolved to eat seeds, some to spear insects, and eat cactus fruit and seeds. They evolved together with their environment over a very long period of time. Their beaks have high utility in their contexts yet if you moved a Ground Finch to an environment where the main source of food were cactus, that finch might starve, or at least struggle with food. 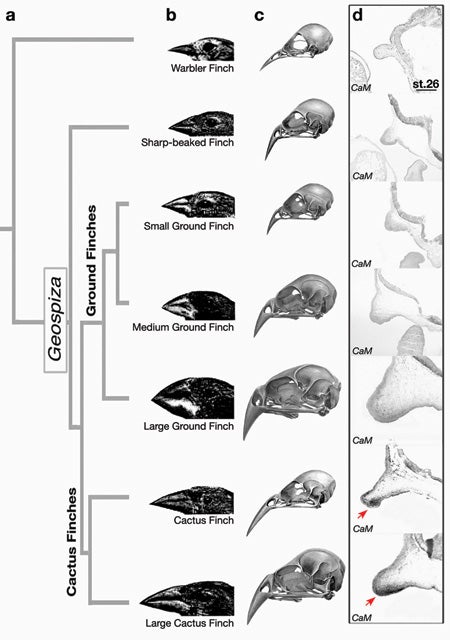 For the past months, I’ve participated in Dave Snowden’s training “Re-wilding Agile“. It contains his latest updates to Cynefin with liminality, flexuous curves, and scaling through decomposition. It also contains Dave’s most recent additions, or break down, of constraints into: constraints, constructors, assemblages, affordances, and agencies, and how these fit together.

The training was dense and thought provoking. I keep ruminating the content and in this post I’m sharing my thoughts on the problem with the “Spotify model”, “Empowered teams”, and whatever [new hyped technique out there that was successful in one context]. The underlying theme here is the problem with copying the outcome of an evolutionary process vs maintaining evolutionary processes.

In organizations, the outcomes of evolutionary processes are the visible solutions, techniques, or patterns that have great utility in those contexts. The Spotify model is an example of this, so is ensemble programming, self-selection, opportunity maps, and empowered teams etc. These techniques have/had great utility in one context, or several contexts with very similar environments, but they’re not universal solutions that have high utility where ever you “install” them.

The evolutionary process, on the other hand, is what was in place in order for those patterns to emerge in the first place. The evolutionary process is the sustainable and symbiotic interaction between the market, product, business model, technology landscape, people, leadership, management, company structures and processes, and culture etc.

In complex environments, we, agile coaches, far too often get in the way of, or are asked to get in the way of evolutionary processes. Many other roles do too, but this post is specifically aimed at anyone identifying themselves as some form of coach.

It’s not just that we, coaches, come in with lots of solutions that we think are helpful, or that we have used in the past, and that we want to replicate in the new environment. We’re also often asked to do so by management, or worse, it may be in our job descriptions.

One of the greatest challenges, I think, the agile coach role faces right now is shifting back to restoring the evolutionary process at companies. Because there’s not only resistance from the coach role to do so, but also from companies that have become accustomed to using the coach role to implement predefined “best practice change”. This is resulting in that the coach role is increasingly becoming specialized in low-utility solutions, and the evolutionary potential we can amplify is fading away. This is eventually going to lead to the Agile Coach role being perceived as waterfall project managers have been perceived in the last decade, and rightly so.

When we copy the outcome of an evolutionary process, that solution will not have the same utility in your environment so it is ill-advised to try to copy an emerged pattern that was successful in one context after years of experimenting. What you can copy is the evolutionary starting point, but for now, I will leave that out of this post because I don’t grasp it enough yet.

So what can you do as a coach?

Rather than trying to implement a solution, explore what the evolutionary landscape looks like. Explore how you can restore the evolutionary function. This requires a whole set of different observations and conversations to be held, it shifts the coach role from teaching a specific solution, to creating feedback loops, enabling conversations, and strengthening sense making. These things can be done on a micro level (teams) and macro level (organization or enterprise).

If you’re a coach working with teams, look at how you can create an evolutionary starting point. It will probably lead you to something completely different than whatever “agile best practice” you used in the past, but it will be optimized for your context. So spend some time looking at your galapagos island. The finch, landscape, food, and fauna.

What does the ecosystem look like?  Where is there imbalance hindering evolution?

And keep in mind that restoring evolutionary processes does not guarantee a specific evolutionary outcome. But instead, you’ll get something much better, something tailored for your context.