(The purpose with this blogpost is to share data about the agile coaches at Spotify.)

Slightly more than a year ago the majority of the agile coaches at Spotify took an MBTI test (most of us took it online). Back then all coaches were distributed among 5 different types. I found that really interesting and  wondered why that was. Were we biased towards certain type? Or were certain types actually better at coaching agile to teams?

Since then we’ve recruited 10 new agile coaches and I’ve been curious about what our current MBTI distribution looks like. Are we still heavy on only a few types? And what about our DISC profiles, perspective biases*, and backgrounds? Could it be that that we favor personality types, behaviour styles, and perspective biases? And do our tribes have different preferences?

I wanted to find the answers to these questions so I surveyed the agile coaches and here’s what I found. 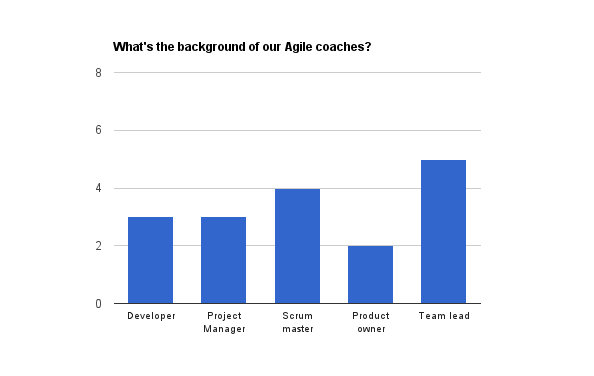 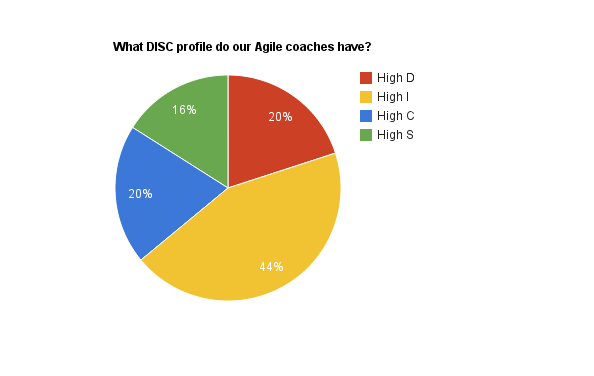 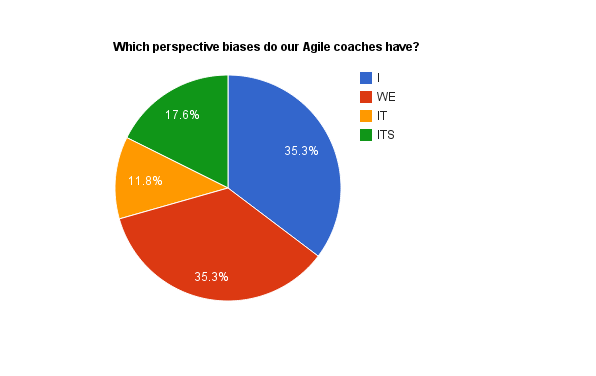 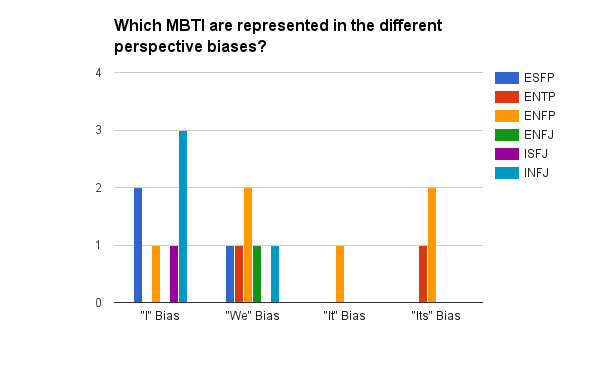 The survey also captured tribe belonging and length of employment and we have been able to identify some segration between the tribes, but I won’t go into detail about that.

Myself I’m an ISFJ. My natural DISC profile is High I, mid DSC. I have an “I” perspective bias.

I hope you found this interesting and feel free to reach out to me if you would like to discuss any of this more in detail.